I like to think our vibe attracts our tribe and that we surround ourselves with people we want to be around but there are some exceptions and family falls in that category. The thing is you don’t choose your family and I think lots of time families aren’t close because they want to be, but more out of obligation. Or some families just don’t talk and aren’t close for whatever reasons.

My family is kinda unusual, I think for the most part we all generally like each other and we have always been close spending lots of time together. My mom raised us and she did a lot of it solo, but we had two extraordinary “extra” parents that were always there to help her and us.

Uncle Harvey was 20 years older than my aunt and married with the understanding he wanted no children. I wonder if he knew then what he was getting himself into. He could have never guessed he would get three girls and their mom in addition to his bride:) I think in terms of a typical family we definitely break the mold.

Uncle is a term used for fun extra special men who are related and get to do the fun stuff with their nieces and Uncle Harvey was definitely that but he was so much more. I feel like Uncle will never adequately describe what he meant to me or to my sisters. Our lives will forever be better because he was a part of them. He was the person we could ask for help or advice when we needed to, he was our secure and safe place.

I always thought that Uncle Harvey meant more to us than he knew and always made sure to send a card or recently a text with a quote on Father’s Day. It was hard to find one for an Uncle who was like a Dad but one year I found the best card, I never thought about it much after I gave it to him until years later I found it out on his dresser. I was so surprised as he is not sentimental at all. I knew then that we were just as important to him as he was to us.

More recently Uncle Harveys role had become even bigger in my life. Everyone needs a mentor or a voice of reason to keep you grounded and I think Uncle Harvey had become that for me. He was so busy, he filled his life with people he loved and things he loved to do. He could be scary (just ask us about the big Kahuna) and stubborn, but it was part of his charm. I mean he actually would have voted for Trump if he was American, we argued about it… some things we could not agree with. However sometimes he had valid points, like his annoyance with tax dollars being spent to replant the meridians and gardens on Ladner Trunk road each season, or the addition of all the new trees on municipal land. Politics aside he was someone I will always look up to and love.

I will always remember when we turned his brand new workshop into our slumber party headquarters, I mean I am sure it was his dream to have his new man cave turned into a bunch of tweens favourite sleepover spot. I will never be able to see a ledger or old school leather bound cheque book without thinking of having to write cheques when they were in Hawaii, paying all their bills with a mailed cheque, I mean he refused to online bank until more recently. Plus a lot of the bills were for the year. He paid MSP, cable and a few others yearly, just one cheque a year was easy I guess. I should have tried to learn more budgeting tips from him, but I luckily took after my aunts good sense of spend what you got and a little bit extra:)

I do love the way despite his declining health he never felt sorry for himself or even seemed sad or mad, he really did lead by example of working hard and enjoying his life regardless of circumstances.

In his later years he regularly told me he loved me and my family and he never was shy to say he was proud of me. Before I had kids he would often come in to visit me at work, I think it was to see all the women shopping and trying on clothes (always a ladies man) but he would say it was to see me! When I considered purchasing the store Uncle Harvey and I went through the process together, I think he was as excited as I was about a new project and he definitely had more faith in myself than I did. We both decided it wasn’t right for me but I know he was hoping I would open my own shop instead of buying an existing one, maybe one day. The most surprising reaction was when I told him I was pregnant (every time), he just seemed genuinely happy which was not reaction I was expecting and such a happy surprise.

He taught me more than money management skills (I am still working on that one, bit of a slow learner). He also taught me what it was to have someone who believed in me. I loved how he had softened over the years, not a lot but a little about certain things.

He knew no boundaries and I often had to remind him I didn’t want to hear or know about certain things in his life (most I hope were him just joking), definitely needed a lesson in TMI. I loved the way him and Auntie Mona would discuss anything and everything with us, even when we would beg them not to or be so embarrassed by them.

I will forever think of them when we go to Hawaii and all the wonderful memories and times they had there, I think it is part of the reason why I love being in Maui so much.

I will always remember the blue house that Uncle Harvey grew up in. I will still be upset that he sold the yellow house, I mean he had no sentimental attachment to things or places! Lol, I think it was something about a great investment not a sentimental home, always so practical.

The many Christmas’ that we spent Christmas Eve playing Jenga and watching Santa run down Massey Drive. The phone calls we got every year from Santa (AKA Uncle Harvey), and to be honest to this day I wonder if Uncle Harvey is really Santa Claus. For a guy who never put up lights or a Christmas Tree but somehow always was the first to arrive Christmas morning to watch us open all our gifts including three specials ones he had picked out for each niece he sure seemed to really get into Christmas. Or the year “Santa” brought us our first computer and how excited Uncle Harvey was.

The summer vacations we always took with our cousins that were a gift from Uncle Harvey, he actually never came with us but someone had to go to work to pay for them.

The back to school outfit from “the wallet” (aka as Uncle Harvey).

The fact that whenever he made a “bigger” purchase like when he last bought his car or his stem cell treatments in the states and I asked him all about it he mentioned he had dipped into our inheritance, I think he loved joking about it.

I love how he aged. Although his body got older his mind really had gotten sharper and he kept with the trends. He pretty much made coconut oil popular, he was into the healthy fads, wore skinny jeans and trendy clothes, loved to text (especially with emojis) and really was a modern man.

My heart is so sad knowing that we no longer have Uncle Harvey and Auntie Mona watching out for us on Earth but it is eased a bit by the idea that they are reunited and watching out for us from somewhere above. I also am often reminded of the importance and the roles Uncle Harvey played in so many other peoples lives, which I guess is how someone’s memories live on. I am so inspired by the way he lived his life and want to make sure I value and build friendships like his. 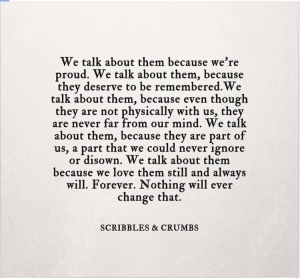 Wherever you are Uncle Harvey I hope you are happy and at peace. We love you and miss you, thank you for everything. XO